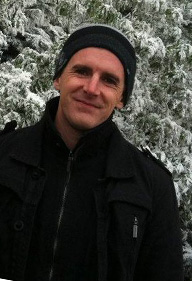 "Teach us to number our days."

I have had a wrinkled piece of printer paper on the wall next to my desk for four years. On it are the words, “Teach us to number our days that we may gain a heart of wisdom.” I had often reminded others that life is short, but four years ago I learned the reality of this lesson in my own life.

I was 29 years old, single, and settled into my routine of life; work, friends, and fun. I was in the gym just starting my latest 6 week workout routine. This week was to start with pull-ups. I had just done a few reps when I felt a sharp pain in my abdomen. I dropped from the bar and crumpled on the floor for a second before realizing others might see me. I quickly shifted myself to sit down next to a nearby window. The pain came in waves. I thought, Oh no, it must be a hernia! As I sat there I realized I might vomit so I moved quickly to the bathroom around the corner. I locked the door and lay down on the floor in a sweat. The pain kept coming. I realized I was not going to finish my workout. I hobbled to the locker room and gathered my belongings hoping no one would notice. I made it to my car and then to my empty home without talking to anyone. I was embarrassed and a little nervous. By the time I arrived home the pain had mostly subsided.

In the following weeks the pain came and went. At moments I was sure something was really wrong, then, hours later I thought I was all better. I had visited a couple of doctors, but they didn’t find a problem. I didn’t know what was wrong. A few days later began a fever that lasted for two weeks. During the fever I saw my doctor who sent me to the hospital for a review. That day I went through a number of tests, the worst being the blood test. After six failed attempts and my vomiting, the doctor was finally able to find a vein. I learned from this experience it is always better to have a nurse draw your blood. After hours more of tests, waiting, and an IV hanging from my arm they brought me upstairs and told me I was staying overnight. I felt alone. I didn’t know why I had to stay overnight. I asked someone. They said, “We found a tumour.”

Looking back I am amazed at the amount of fear, questions and confusion that can overtake someone when they hear a phrase like, “We found a tumour.” All sorts of things were flooding my mind and at that moment I just wanted to stop the flood. When no one was looking I pulled out the IV and drove home (I didn’t realize that you are not supposed to do that, and soon found out). I called my parents. We prayed together then I turned on a Disney or Pixar movie to try to block out the deluge of thoughts racing through my brain. It only worked for a few minutes. Later I did return to the hospital and was sent to Dublin for more tests. Here they gave me the word “malignant,” which if you don’t already know, is a bad word. Apparently I had cancer.

In the following months I had feelings that I had never known before. I had a hazy feeling of fear most days and occasionally I would feel a surge of panic.

My friends from church blessed me beyond belief during this time with their love in action. Alison brought me meals and filled my kitchen with healthy fruits. Lily rearranged my room so my bed faced the light of the window. Marco made me wheat-grass smoothies. Gregory drove me to hospitals. Many filled my house for an all-night prayer meeting. I could go on about the many people that blessed my life during this season.

I also gained a renewed appreciation from my family when I went and stayed with them during the months following the diagnoses. They brought added stability and many smiles during a difficult season.

During this time I learned that the proverb is true and our days are numbered. Regardless of how many we have, they are few. The unknown can be very scary and I had lots of unknowns, like, “Will I get better?”; “Will I get married?”; “Will I be a father?” “How many days do I have left?”

In the last four years some of my unknowns have been answered. I am feeling better. The doctors’ phrase now is, “all clear”. I got married. I am the father of a beautiful baby girl...

But there are still plenty of unknowns that have not been answered and there is always the ultimate unknown of eternity.

Ultimately, I have found that my stability for life cannot rest on what I see, because what I see will not last forever.

During the most difficult months of that season in my life there was a Scripture that I went over many, many times in my head. It was God’s word for me.


“I command you—be strong and courageous! Do not be afraid or discouraged. For the LORD your God is with you wherever you go."-Joshua 1:9


I am thankful to God for the strength and courage that he gives as He walks with us through all the unknowns.

Newer Post Home
Subscribe to: Post Comments (Atom)
This website exists to share the stories of regular people who have experienced a special new kind of Life in Jesus Christ. Our hope is that these stories will inspire, encourage and bring hope to people across the island of Ireland. 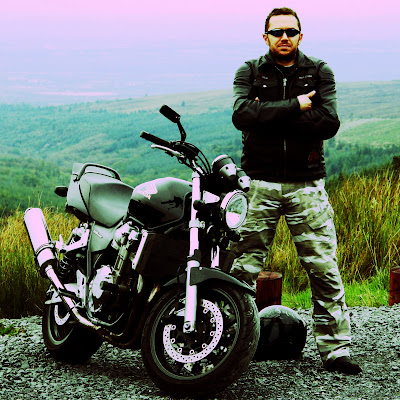 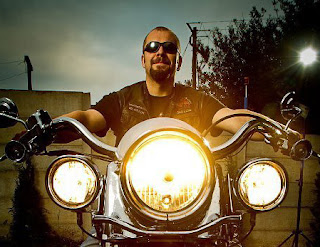